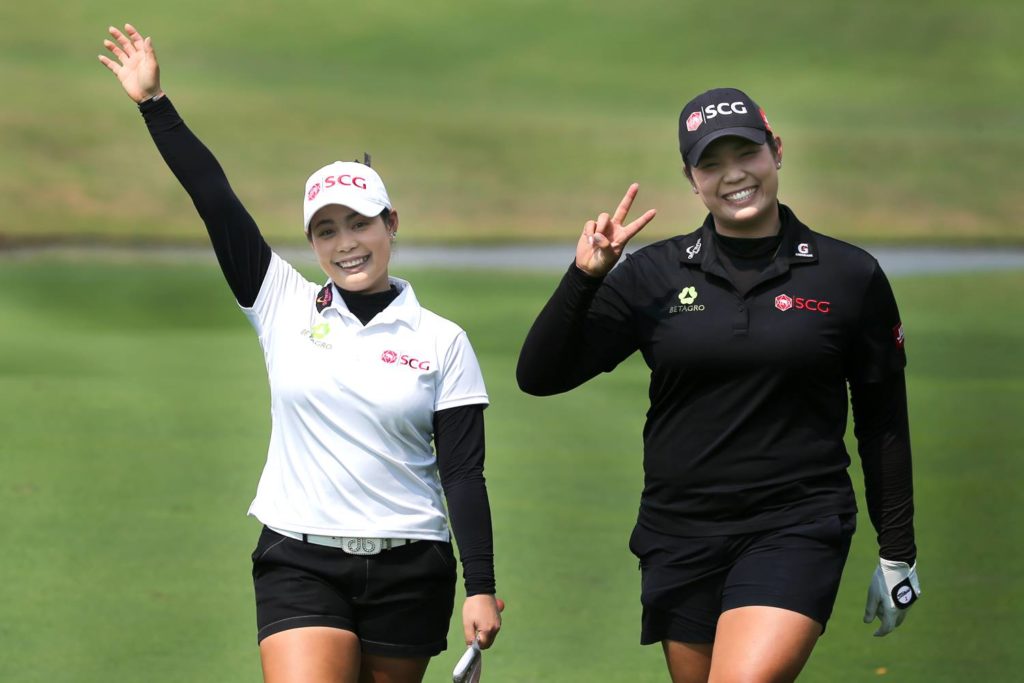 Bangkok Broadcasting & T.V. Co., Ltd. (BBTV Channel 7) and Honda Automobile (Thailand) Co., Ltd. confirm their collaboration to stage Thailand’s premier ladies professional golf tournament “Honda LPGA THAILAND 2017” during 23 – 26 February 2017 at Siam Country Club Pattaya Old Course. The tournament has a total prize money pot of US$ 1.6 million (approximately 57 million Baht) with special prizes, a new Honda Civic TURBO RS worth 1,199,000 Baht for those who shoot a hole-in-one on the 16th hole. The field is comprised of the top 60 players from the LPGA Tour and 10 invited players by sponsors, including Thai golf star, Ariya Jutanugarn who will strive for a victory in her home country.

Mr. Pitak Pruittisarikorn, Chief Operating Officer of Honda Automobile (Thailand) Co., Ltd. said “Honda LPGA Thailand is growing stronger and has tremendous success every year. Each year the Top 58 LPGA players (based on the LPGA’s Official Top Priority List) and winners of the first few tournaments of the year will compete in the Honda LPGA tournament in Thailand. The event is attended by thousands of enthusiastic local spectators. Every year the Honda LPGA tournament draws more and more spectators and always creates fun and exciting experiences for all walks of life. It is considered one of the most anticipated events for the LPGA players as well. While it gives fun and excitement to the audiences, the event has also inspired young Thai women golfers. The prize purse of the Honda LPGA Thailand 2017 tournament is US$ 1.6 million, which is approximately 57 million Baht. This year Honda Automobile will offer a new Honda Civic TURBO RS for a Hole in One prize on the 16th hole.

Mr. Palakorn Somsuwan, Managing Director of Bangkok Broadcasting & T.V. Co., Ltd. mentioned “BBTV Channel 7 has been granting the right to organize the LPGA tournament in Thailand for over a decade. The tournament has always been well-received by top LPGA players to participate in this field.  It is a great opportunity to showcase Thailand’s capability to host a world-class golf tournament. In addition, BBTV Ch7 and Honda Automobile (Thailand) provide an opportunity for young Thai women golfers to compete with professional LPGA players. The 11th edition of the Honda LPGA THAILAND tournament is considered to be the beginning of a fresh new decade. We do hope to draw more and more spectators due to the emergence of Thai players on the tour, spearheaded by Ariya Jutanugarn, who had a spectacular 2016 season and was recently awarded the 2016 Rolex Player of the Year, the Race to CME Globe and a box of one million dollars in cash (approx. 35 millions Thai Baht) after the final round of the CME Group Tour Championship at Tiburon Golf Club in Naples, Florida. Moreover, she won the Heather Farr Perseverance Award voted by LPGA tour players. We expect massive crowds to show their support during the 4 rounds of the Honda LPGA THAILAND 2017 tournament at Siam Country Club Pattaya Old Course.”

Originally from London, my career has been entirely with top rank firms. I started in catering and hotel management (Peninsula Group HK, China, S.Korea) where I learned the importance of GOOD SERVICE. Next, a spell with one of the world’s leading club management groups (CCA, HK, Taipei, Singapore) which taught me the need to build repeat business by ensuring a FRESH and INNOVATIVE approach at all times.

Then a long career in Sports Management with one of the most internationally famous and highly regarded firms (IMG). There, GOALS and OBJECTIVES had to be met, with client’s BRAND and CORPORATE interests always taking pole position.

In 2004 I started in photography – turning a lifetime hobby into a new career opportunity. And with all my experience, event photography just comes naturally. My mission: to provide my clients with the highest level of service… heavily skewed to brand and corporate exposure, capturing decisive moments and meeting pre-defined goals and objectives.

Bangkok Photographer @ 5 Rings Photography - contact us for your photographic needs anywhere in Asia - Hong Kong, Singapore, Malaysia, Korea, Taiwan, China, Indonesia, Macau, Thailand and the Philippines.
Get In Touch
Copyright 5 Rings Photography LLC - All Rights Reserved 2006     Contact Webmaster
Back To Top
We use cookies to ensure that we give you the best experience on our website. If you continue to use this site we will assume that you are happy with it.Ok